I am a cradle United Methodist, born and raised at Socastee United Methodist Church in Myrtle Beach, South Carolina. While a child and youth, I witnessed a congregation that underwent exponential growth over a decade, as well as tragic decline in membership and worship attendance under one pastor in a two year period.

During my first year of seminary I met my future spouse, Romana Abelova, who was at the time Lutheran. Over the course of those first two years, we married, I moved to New Jersey to be with her, transferred to Drew Theological, and was hired as pastor of The United Church of Roscoe. Though I had no experience with rural and small town ministry, over the course of the next six years we embarked in ministry together and took part in the creation of new and quite exciting missions, especially in the Delaware Headwaters Parish. This past year (July 2016-June 2017) saw our appointment to the NOW Cooperative Parish where we have helped to bring about a sense of healing to congregations that had been deeply wounded. Currently we serve together as pastors of The United Methodist Church of Port Washington.

We have two daughters together, Veronika (5) and Viktoria (3), who help keep us on our toes. In my free time I enjoy fishing, sometimes sneaking across the street to make a few casts in Lake Gleneida, as well as taking our row boat out on the West Branch Reservoir. Coming from the Catskills, we enjoy being in nature, especially short hikes to scenic areas, but also cherish the time we are able to spend in the backyard together as a family. My entire family (parents and siblings) still live in Myrtle Beach, and Romana’s family live in Bratislava, Slovakia, which makes for wonderful vacations regardless of which side of the family we visit. “I strongly believe in and focus on community outreach through the ministry of presence, authenticity, genuine care and Christ-like love, while underscoring the outward understanding of Christian ministry as such.   I was born as the first child of Ľubica Ábelová and František Ábel, both living in Slovakia. I have two younger sisters: Andrea (29) and Petra (13). Both my mother and father have significantly shaped my identity, while impacting me in a number of ways. A sound family background, mutual support, and unconditional love helped to form me into a person I am today.

My parents offered enough space for my personal learning and maturing, while providing stability, guidance, and direction. Their openness and honesty inspired me to be open and honest with people I encounter. Their sense of responsibility taught me to deal with problems and life challenges in a responsible way. I have learned to be accountable for my own actions and take responsibility for my mistakes.

My parents guided me on the path of active involvement in worship and the life of a Christian community. I was in high school when I answered a call to ministry and started discussing my calling with a pastor of my home congregation. As my understanding of the calling deepened, I started contemplating seminary studies. After a long time of prayer and discernment, I enrolled in seminary at Comenius University in Bratislava, Slovakia, where I spent the first two years of my university education. Afterwards, I spent an academic year at Lutheran Theological Southern Seminary, Lutheran Theological Seminary at Philadelphia, and Moravian Theological Seminary. In June 2011, I graduated with a Master’s Degree at Comenius University.

On a more personal level, I have been married to David Collins since February 2009. David and I have two daughters, Veronika (2012) and Viktoria (2015). Parenthood coupled with ministry has been a life changing experience, blessing, and a gift, for which I am very grateful to God.

Over the last twelve years, I have been involved in several ministerial settings. In the summer of 2006, I volunteered in Diakonie Sozialstation Eisenberg, a German diaconal center consisting of several nursing homes. The summer experience in Eisenberg, Germany helped me realize the importance of the ministry of pastoral presence, which has remained one of my most favorite parts of ministry until this day.

In 2007, I spent a couple of months as a trainee in a larger congregation in Blooming Prairie, Minnesota (First Lutheran Church). The parish ministry experience grew deeper as I volunteered in a small congregation in Columbia, South Carolina (Ascension Lutheran Church), while at Lutheran Theological Southern Seminary. The experience I acquired in the United States was put into practice in my own cultural setting, as I was asked to help out at Bratislava International Church in the summer of 2008 before being called to Holy Trinity Lutheran Church in Union, New Jersey – a relatively small Slovak and American congregation where I served for three years.

In 2011-2012, I took part in the Vital Congregations training as offered by The General Board of Discipleship in The New York Annual Conference of The United Methodist Church and was invited to be part of the planning and organizing team (Team Vital) for the rural church event (Reinvigorating the Local Church), which took place in October 2013 in Kingston, New York, with Shannon O’Dell as the main speaker. In 2013-2015, I served as a member of the Committee on Accessibility, an experience that has helped me to better understand the significance of being truly welcoming, hospitable, and inclusive.

In 2015-2016, I participated in the work and efforts of both The Board of Church and Society and The Immigration Task Force of The New York Annual Conference, while being invited to take part in The Dry Bones event in Des Moines, Iowa, organized by The General Board of Church and Society of The United Methodist Church. I was later asked to be part of the planning and organizing team for the immigration awareness event (Immigrant Welcoming Communities Training), which took place in February 2016 in White Plains, New York, with Emma Escobar and Kristin Kumpf as the main speakers. Being involved in ministry centered on social concerns is rooted in my belief that every follower of Christ, both clergy and laity, is called to step out of their comfort zone and be part of transformative ministries, while striving to make a difference.

Furthermore, I very much enjoy the administrative aspect of pastoral leadership and empowering congregations to own the decisions they make. When the leadership of the congregation comes forward with an idea, I make sure they have all they need to make it happen, but also strive to keep us grounded when an idea might not be feasible. Though it is rewarding when something new or different succeeds, I am always sure to offer support even if something does not give the desired results.

Last but not least, forming relationships has proven to be a natural part of ministry for me and one of my strongest gifts. I am intentional about visitations with the homebound and those in nursing/medical care, while also realizing the importance and inevitability of community presence, as well as of the forming of relationships with other congregations and organizations, which has in my previous experience proven to be an effective ministry tool and helpful in earning the trust and respect of the community. Born into a musical family, the son of a swing band leader and jazz singing mother, Edmund Needham’s musical training started at an early age.  Accordion lessons for his seventh birthday gave him the music reading skills that won his acceptance into the nationally renown St. Kilian Boychoir of Farmingdale, New York. It was with that organization he learned the choral standard repertory, including the performance of large-scale works that included adult choirs and orchestra, under the baton of conductors such as Leonard Bernstein and Seiji Ozawa.

It was also at St. Kilian RC Church that Mr. Needham had the formative exposure to world-class organ repertory and performance. Though organ studies did not commence until 14 years of age, he was named Assistant Organist at St. Kilian by age 17, began organ studies with Vernon deTar of the Juilliard School at 18, was accepted at Juilliard at 19, and became Organist at St. Kilian at 24 years. Mr. Needham eventually closed the circle by becoming the Director of Music at the very church where he had started as a boy singer many years prior. While continuing his organ studies with Jon Gillock, Mr. Needham studied composition and choral conducting at the C W Post Center of Long Island University.

Mr. Needham has performed in well over 100 churches and concert venues in the greater New York metropolitan area, and is known for his accessible interpretation of difficult 20th century music for the organ. His association with the United Methodist Church of Port Washington began in 1985, as Assistant Organist. He was named Director of Music in 1999, the position he holds today. After spending 20 years in Florida raising her two children, Pat moved to Port Washington to be closer to her family.   Praying to find a job where she could do ministry work and still pay the rent, Pat became a member and an employee of the church in 2009.  Her wide range of administrative experience helps in the handling of all the diverse tasks required to manage the church office.  In her spare time Pat enjoys reading, socializing, and taking long walks with her dog Brody. “I believe our Sunday school kids are the future of our church. It’s a honor, a challenge, and a joy to serve them.” In addition to her teaching experience, Nancy is a licensed clinical social worker with 40 years experience in social work (now semi retired). She has been involved with this church here in Port Washington for about 15 years. Diane has been an active member of the church for over 15 years.  She has served on almost every committee or mission in the church.  Both her and her family have been members and her children attended Sunday school for multiple years.  She continues to teach Sunday school because she loves being a part of young lives connecting to God.  Starting in 2022, Diane chairs the church council and is a member of the board of trustees. Hey I’m Emma. I’ve been going to the UMCPW my entire life. I’m class of 2023 at Schreiber High School, and a member of the school’s varsity field hockey team. I love working with all the kids, and teaching them about the word of God.

Traditional worship: Every Sunday at 10:00 am. 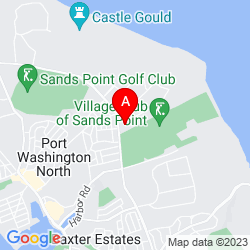